Plant a tree in memory of Russel
An environmentally-friendly option 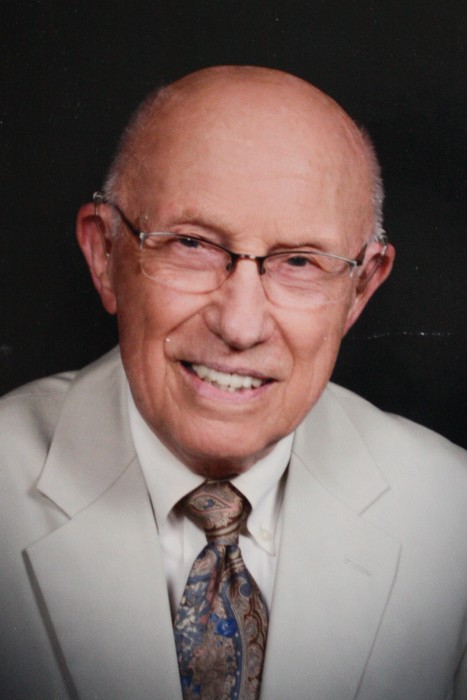 Russel C. Fielding, 100, of Pittsburgh, PA, formerly of Rome, NY passed away on Monday, March 29, 2021.  He was born in Streator, Illinois on February 23, 1921 son of the late Frank C. and Florence Price Fielding.  He graduated from the University of Illinois.

Russel served in the U.S. Army in World War II as First Lieutenant in the 42nd Infantry (Rainbow) Division in France, Germany and Austria.  Commendations included the Silver Star, Bronze Star, and Purple Heart.  Following discharge, he joined the U.S. Army Inactive Reserve and was recalled to active duty to serve in Japan and Korea during the Korean Conflict.

He was employed by the Rome Sentinel Company for almost 40 years. When he retired in 1985, he was the Vice President:  Operations/Finance and Treasurer. He was also very active in the community of Rome, NY, serving as an elder and chairman of the Board of Trustees of the First Presbyterian Church of Rome.  He also served on many boards of directors for community, education and corporate organizations.

In lieu of flowers, please send memorial donations to the First Presbyterian Church, Rome, NY, Jervis Public Library, Rome, NY. Or the Rome Historical Society, Rome, NY.   A memorial service will be held in early summer for Russel and Darlene.

Plant a tree in memory of Russel by clicking here.
To send flowers to Russel's family, please visit our floral store.

A service summary is not available

Plant a tree in memory of Russel
An environmentally-friendly option

Plant a tree in memory of Russel

1 tree planted in memory of Russel

A Memorial Tree was planted for Russel C. Fielding

We are deeply sorry for your loss ~ the staff at Paul Henney Cremation and Funeral Tributes Inc.
Join in honoring their life - plant a memorial tree

Plant a tree in memory of Russel